What's Next for Rajon Rondo? 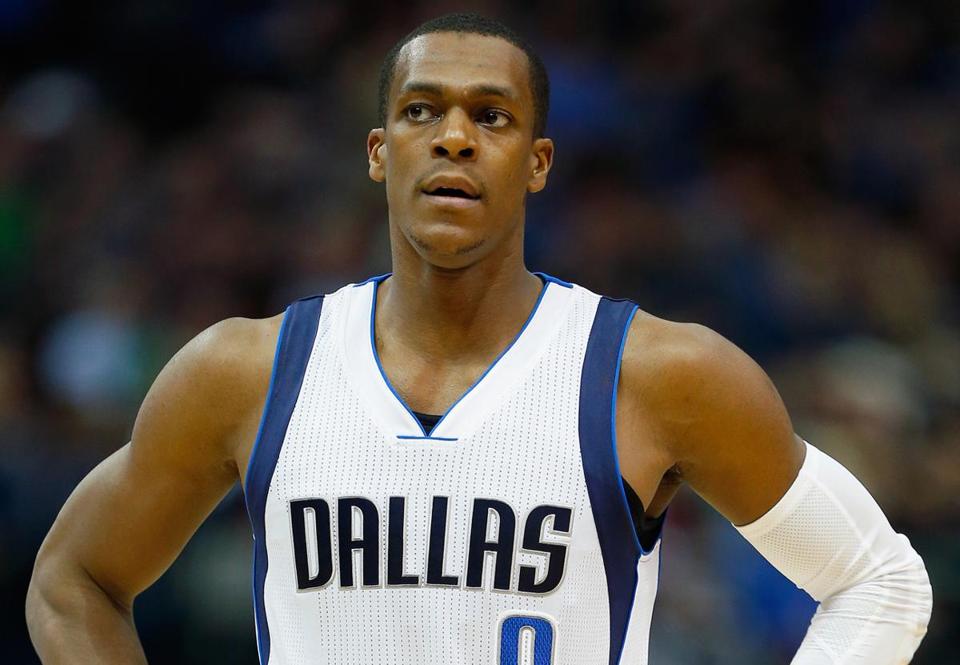 The Rajon Rondo stint in Dallas is over after less than a season. Rondo was seen as the missing piece to push the Mavericks towards the creme of the Western Conference but a strained relationship between him and Rick Carlisle has ended his tenure in a Mavericks uniform.

As competitive as Rondo is, he is also just as impetuous. Without a big brother like Kevin Garnett or Paul Pierce reeling him in, Rondo's stubbornness and sometimes childish antics were left unbridled.

Rondo's combative personality was ignored because his immense playmaking ability and competitiveness spirit were so valued. But Rondo is now 29 and has missed at least ten games each of the past five seasons due to injury.

Rondo is not the same player he was when Boston won the championship in 2008 but he still has outstanding court vision and is one of the better floor generals in the NBA. Rondo averaged 7.9 assists per game during the regular season, good for fifth best in the league. He is also still regarded as one of the best rebounding point guards in the league.

With his Dallas career over, Rondo will be looking for a new team to revive his career. Not quite 30 years old, barring any significant injuries, he still has good years ahead of him.

Los Angeles Lakers: Los Angeles seems like a natural landing spot for Rondo. The Lakers are in desperate need of a true floor general and Kobe Bryant has been open and honest about his recruitment of Rondo to LA.  Both outspoken and hyper-competitive, Bryant and Rondo would make a formidable backcourt.

After a disastrous 61 loss season, the Lakers will be aggressive in the off-season. A healthy and invigorated Kobe Bryant will possibly be playing his final season and deserves one last shot at a legitimate playoff and title run.

The Lakers first round draft pick last season, power forward Julius Randle, missed his entire rookie season after breaking his leg in the season opener. With his return and another lottery pick, maybe fellow Kentucky center Willie Cauley-Stein, the Lakers will have two young studs. Add in Rondo and the Lakers are back to being competitive.

Indiana Pacers: Despite two-time All-Star Paul George missing 76 games due to a serious leg injury, the Pacers narrowly missed the NBA playoffs and finished the season winning 7 of 10 games. Offensively, the Pacers were one of the NBA’s worst teams, mostly due to George’s absence and the lack of a true distributor.

George Hill is a solid point guard but better suited as an off-the-bench scorer. Rondo would be a blessing for low post players David West and Roy Hibbert and teamed with George and C.J. Miles gives the Pacers a very good backcourt trio. The addition of Rondo pushes the team back into the playoffs but how Rondo's personality would mesh with a mild mannered and veteran team is a difficult question.

Houston Rockets: Houston was the sixth best scoring team in the NBA last season, thanks to MVP-candidate James Harden’s 27.4 points per game. They were also a top-10 team in assists. The Rockets claimed the second seed in the Western Conference playoffs and are one game away from sweeping their Texas neighbors, the Dallas Mavericks, in the their first round playoff series.

Why would the Rockets mess with their chemistry by adding the sometimes truculent Rondo? Because general manager Daryl Morey is aggressive and is determined to bring another championship to Houston. He's unafraid to take chances on talent players, evidenced by the midseason pick up of Josh Smith after he was cast off by the Detroit Pistons.

Josh Smith is a free agent but likely to return after his impressive playoff performances so far and how well and he and Dwight Howard have gelled. Smith was actually teammates and roommates with Rondo at Oak Hill Academy.

Point guard Jason Terry will be 38 before the start of next season. Patrick Beverly is a solid player but nowhere near the passer that Rondo is.

With Harden, Howard, Smith, and Trevor Ariza, the Rockets have a group of playoff tested veterans, along with youngsters Terrance Jones and Nick Johnson. Adding a true floor general such as Rondo makes the Rockets an even more balanced team.

Also, Rondo joining Houston would really intensify the rivalry between the Rockets and the Mavericks. For team zeroed in on winning a championship, Rondo could be the final piece.