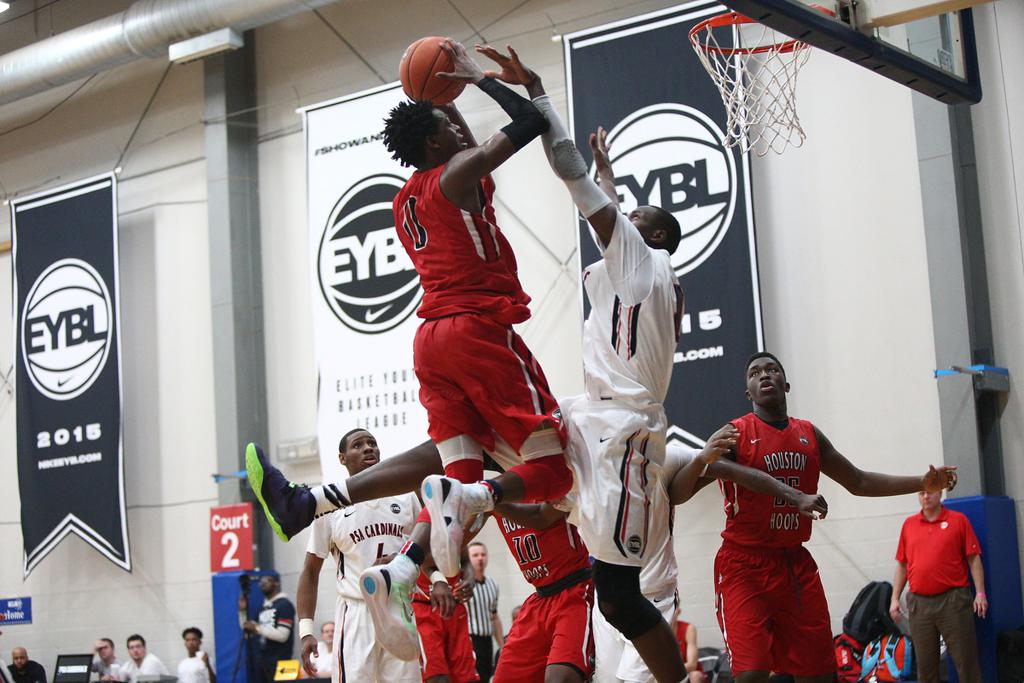 This weekend Nike announced that it has combined its three skills academies into one. The Nike Basketball Academy will bring together some of the best high school basketball players and a select group of college players to compete against the best and learn from some of the greatest players in the game. The new Basketball Academy combines what previously were the Lebron James Skills Academy, Kevin Durant Skills Academy and the Kyrie Irving/Anthony Davis Bigs and Points Skills Academies. The camp will take place at Santa Monica Airport's Barker Hanger from June 26 - 29 in Los Angeles, California.

When asked about the Nike Basketball Academy Carlton DeBose, Director of Nike's Elite Youth Basketball, said, "Elite Youth Basketball always strives to provide the next generation of players with the ultimate opportunity to learn from the best mentors, instructors and current stars in the game." DeBose went on to say, "the Academy will bring these great teachers together to help propel the careers of our future stars."

The EYBL Finals, the culmination of the Elite Youth Basketball League, will once again be held at the Nike Peach Jam in North Augusta, South Carolina from July 8-12 during the first summer NCAA Open Period.  In it’s sixth year, the EYBL features 40 teams from the United States and Canada. With regular season sessions already completed in Hampton, Virginia, Lexington, Kentucky and Houston, Texas, the final session took place at the Maple Grove Community Gym outside of Minneapolis, Minnesota this past Memorial Day Weekend.

During the second NCAA Open Period, the 9th annual Nike Global Challenge will take place July 16-19 at Whitney Young High School in Chicago, Illinois. The event will showcase the top 40 players from the EYBL representing different regions in the United States as part of an eight-team tournament against four of the top junior teams from around the world.  Those International teams include Canada, China, Dominican Republic, and Pan Africa.