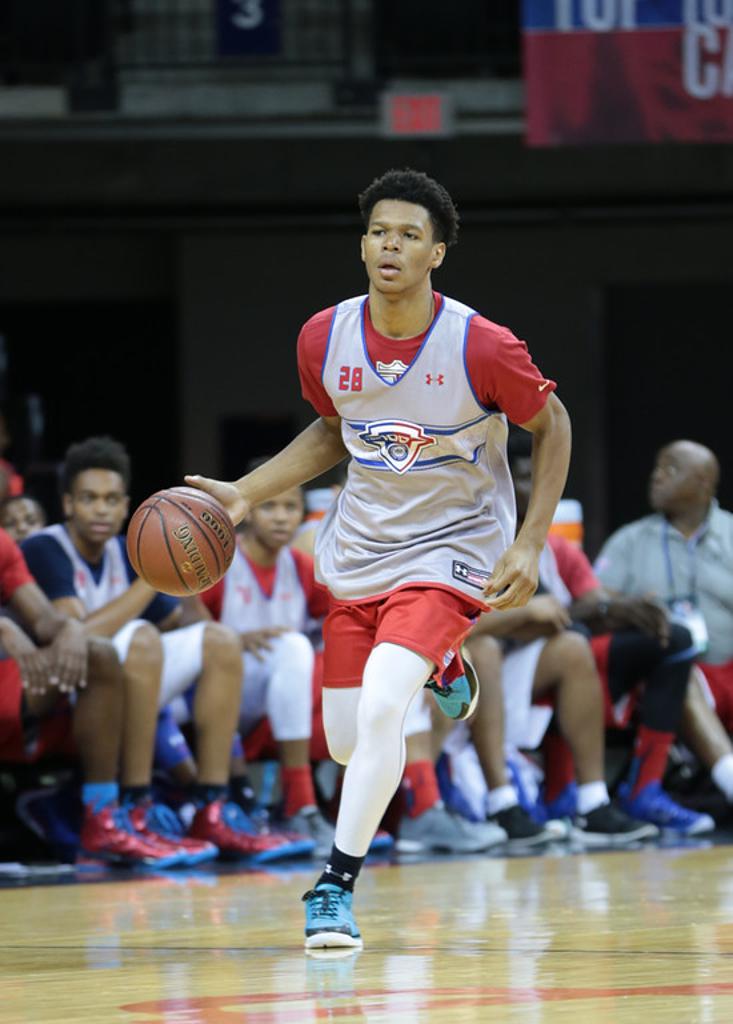 Trevon Duval, a 6’2 guard out of Wilmington, Delaware, continues to show why he is one of the top guards in the class of 2017 and is making a strong case as one of the top guards in the country overall. Duval is a very athletic guard who create plays for himself and for others. Duval’s uncanny ability to get in the lane and make smart decisions whether it is scoring with various finishes over taller defenders or using his exceptional court vision to find the open man makes him a highly coveted recruit.

Duval led the NBPA Top 100 Camp with 28 assist averaging 4.7 per game. Duval was also able to come up with a 30 point performance in the last day of the camp, which was the highest anyone scored in this year’s camp. Following his performance, Duval was named to the camp’s all-star team. He showed he is able to thrive with a team full of highly recruited prospects such as Markelle Fultz, Mario Kegler, and Matt Coleman, leading them to a 78-75 victory with a team high 16 points in the championship game over another top prospect in Thon Maker.