Alan Williams: No other rookie had as impressive of a summer league performance than Alan Williams, an undrafted free agent from UC Santa Barbara. The undersized center, whom suited up for the Houston Rockets, led the Las Vegas summer league in rebounding at 11.8 RPG. He also averaged 20.5 PPG over the four games and was named to the Samsung All-NBA Summer League 2015 Second Team.

Williams' dominant Las Vegas performance mirrors his dominant play in college. He was named to the All-Big West First Team three times and was named the Big West Player of the Year after his junior season when he led the conference in scoring (21.3 PPG) and the nation in rebounding (11.5 RPG). The most likely reason that Williams went undrafted was because at 6'8", Williams is considered too short by NBA standards to play at center, his natural position. However, his performance might have proved NBA executives wrong.

Since Williams was undrafted, he is free to sign with any NBA team. The Rockets struggled with depth last season and Dwight Howard missed 41 games during the regular season last year due to injury. Signing a player with Williams' rebounding ability and his hustle could be a smart move for Houston. If he does not sign with the Rockets, expect a number of NBA teams to sign the hardworking Williams.

Kelly Oubre Jr.: The 15th overall pick in the 2015 NBA Draft had a very good summer league performance. Over six games, the 6'7" swingman averaged 16.8 points on 38.4 percent shooting to go with 5.7 rebounds per game in Las Vegas.

Oubre did struggle from long range, only connecting on 25% of his shots. However, in the final game against Denver,a win, he made 5 of 7 from long range. He will need to improve his long range accuracy and his free throw shooting, where he shot just 68%. 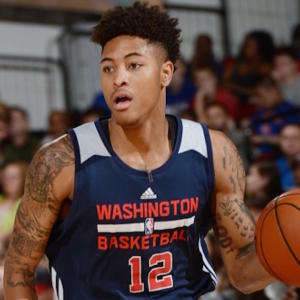 Oubre is a versatile player, and the Wizards moved up to draft him because his athleticism allows him to play both shooting guard and small forward. Expect Oubre to provide quality bench minutes behind Bradley Beal and Jared Dudley next season.

Justin Anderson:  The 21st overall pick from the University of Virginia put together a very good summer league performance. In six games, Anderson averaged 17.5 PPG and 4.2 RPG. He shot 43.4 percent from the field, 38.5 percent from behind the three-point arc and scored 20 points or more in three of the six games. Anderson, a guard/forward, will backup Chandler Parsons and should be one of the first players off the bench for the Mavericks this season.

Bobby Portis: The 22nd overall selection in the 2015 NBA draft played really well in Las Vegas. In six games, the former Razorback averaged 14.5 PPG, 8.7 RPG and 1.3 BPG. The versatile forward also shot 41% from long range. The Bulls have been looking to rid themselves of forward Taj Gibson and his hefty contract. Portis' play this summer will make it that much easier for the team to part ways with the 30 year old Gibson and the Bulls might have the future replacement for Pau Gasol who recently turned 35.

Jordan Mickey:  The undersized power forward was overlooked in the 2015 NBA Draft because he was deemed a "tweener", too small to bang with the bigs in the post and not athletic enough to cover small forwards. Mickey used summer league to prove his worth, recording three double-doubles in five games, and averaging 13.8 PPG and 9.6 RPG.

One of Mickey's strengths is his defense; he blocked over 100 shots in his freshman and sophomore seasons at LSU.  Mickey displayed that defensive ability this summer, averaging 2.6 BPG in Las Vegas. While the Celtics have a number of quality forwards, Mickey should provide depth for recently acquired power forward Amir Johnson.