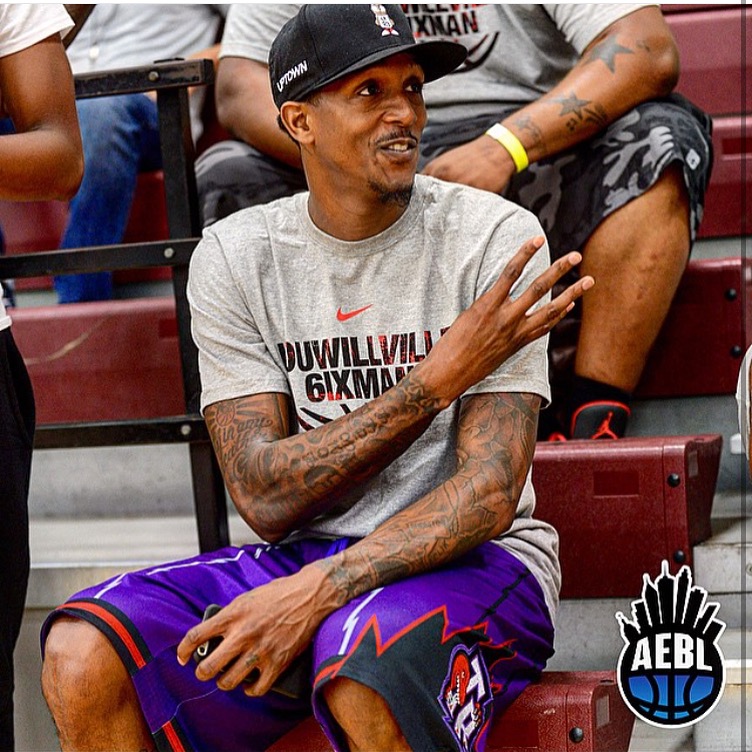 More than two years before the Atlanta Entertainment Basketball League debuted in the summer of 2013 Jahi Rawlings said he was dreaming of a way to "give Atlanta not just a stamp in basketball but something that stands for culture...bringing music, sports and entertainment together." Fast forward five years and Rawlings' AEBL has made that dream a reality with Atlanta becoming the premier destination in the Southeast for summer time hoops for NBA players and A-List celebrities alike.

Rawlings, the manager of the A3C Music Festival, was the perfect person to fuse Atlanta's hip-hop culture and untapped basketball potential. The native New Yorker, who grew up in Long Island, saw firsthand the possibilities when he visited the Entertainers Basketball Classic at the World Famous Rucker Park in Harlem, New York. Rawlings brought that New York flare and much more to Atlanta when he created the AEBL. Through his ties to the music community, with the A3C Festival hosting such artists as Cam'Ron, Just Blaze and Wiz Khalifa and his background having served as a player development coach for both the Atlanta Hawks and the 2015 Nike EYBL Champion Georgia Stars, Rawlings brought the best of both worlds. That was evident during the latest AEBL season.

This past August marked the completion of the wildly successful third season. The 2015 AEBL saw Lou Williams and Josh Smith lead Uptown Sounds to their second consecutive championship. Along the way the AEBL had appearances from numerous past and present NBA players including the Denever Nuggets Kenneth Faried, Adreian Payne of the Minnesota Timberwolves and the Detroit Pistons Kentavious Caldwell-Pope just to name a few.

In its three short years of existence the AEBL has seen exponential growth. That growth led to a partnership with Atlanta’s fastest growing radio station in Streetz 94.5. In addition to the partnership during the league, the two have successfully created the Hoops 4 A Cause Celebrity Basketball Game, which is also headed into its fourth year. The game raises money during the Christmas season to provide toys for local Atlanta area youth.

Even with the explosion of the league's popularity, Rawlings is not satisfied. He has already secured commitments from James Harden of the Houston Rockets and Isaiah Thomas of the Boston Celtics to play in next year's AEBL. Rawlings also fully expects past AEBL team owners Angel McCoughtry of the Atlanta Dream and rapper Trinidad James to once again place teams in the league, which is expanding from 12 to 16 in the 2016 summer.

Not only is the AEBL adding more teams to the league, Rawlings wants to continue to inject innovative ideas. This year the AEBL moved from an outdoor venue to indoors at Grady High School. Additionally, the league implemented a dunk contest and the aforementioned celebrity game. When asked what he is looking forward to in year four, Rawlings said he wants to “continue to grow and try to get in the mix with some of the other top summer leagues in the country. We are in the process of scheduling a game with the Drew League from Los Angeles, the Chi League from Chicago and the Chosen League from Philadelphia.” The AEBL has already played games against New York’s Entertainers Basketball Classic and Miami’s outdoor summer league, beating the latter for a $25,000 prize.

And if providing a free venue for Atliens to see some of their favorite NBA players was not enough, Rawlings and the AEBL partnered with Hashtag Lunchbag, a group that prepares bag lunches for anyone in need of a meal, and Feed the Homeless, whose movers offer to pick up the unwanted, non-perishable food items from those who are moving and deliver it to their local food banks. The partnership with both organizations has helped provide meals for many of Atlanta's less fortunate. Furthermore, the AEBL adopted Grady High School to make it the official high school of the league.

If you are in Atlanta between June and August there is no better place to spend a Saturday or a Sunday afternoon than in downtown watching the city's best go at it on the court while rubbing shoulders with platinum selling artists, all without paying a dime. While you are there be sure to stop Jahi and see what other dreams he has.