In the 7:30 pm contest,  the Woodrow Wilson Tigers and their pair of University of Maryland commits in twins Makhi and Makhel Mitchell faced powerhouse IMG Academy (FL) in front of a packed arena.

The highly anticipated tip-off was followed by Wilson throwing the first punch on a perfectly executed lob play to Makhi Mitchell which resulted in a two-hand flush that brought the crowd to its feet. A few plays later, the 6'9 center followed up the dunk by taking the ball end to end on a fast break and again finishing above the rim giving his Tigers the lead in the first.

Despite the Tigers strong opening, as the first two quarters went on, Villanova commit Jeremi Robinson-Earl began to impose his will in the paint for IMG, finishing on a number of put-backs and dropping 14 of his game high 22 points in the first half.  His interior presence coupled with the shooting of 6-4 guard Jaden Springer helped IMG to a 37-29 lead going into the second half.

The second half saw Wilson make strong efforts to generate a run with three pointers from Romero Hutchinson and Dimingus Stevens, but those attempts were repeatedly squelched by IMG's stingy defense and accurate free-throw shooting, finishing the second half 8 of 8 from the stripe and 16 of 16 on the game.

Wilson's start to the the fourth made matters more difficult with a personal and technical foul that sent Makhel Mitchell to the bench for the rest of the game allowing IMG to exploit their advantage in the paint sparking a 23 points quarter.

IMG closed out with a 74-53 victory.  Jeremi Robinson-Earl finished with 22 points, 15 rebounds, 4 blocks and 3 steals to earn MVP honors. Makhi Mitchell led the way for Wilson with 16 points, 12 boards, and 3 blocks.. 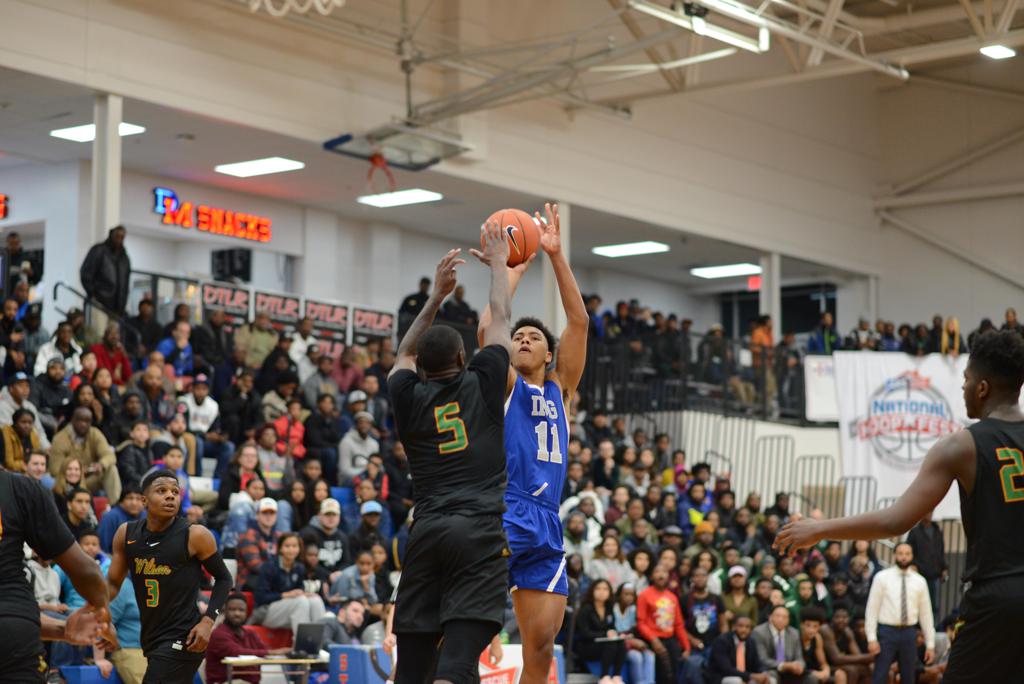